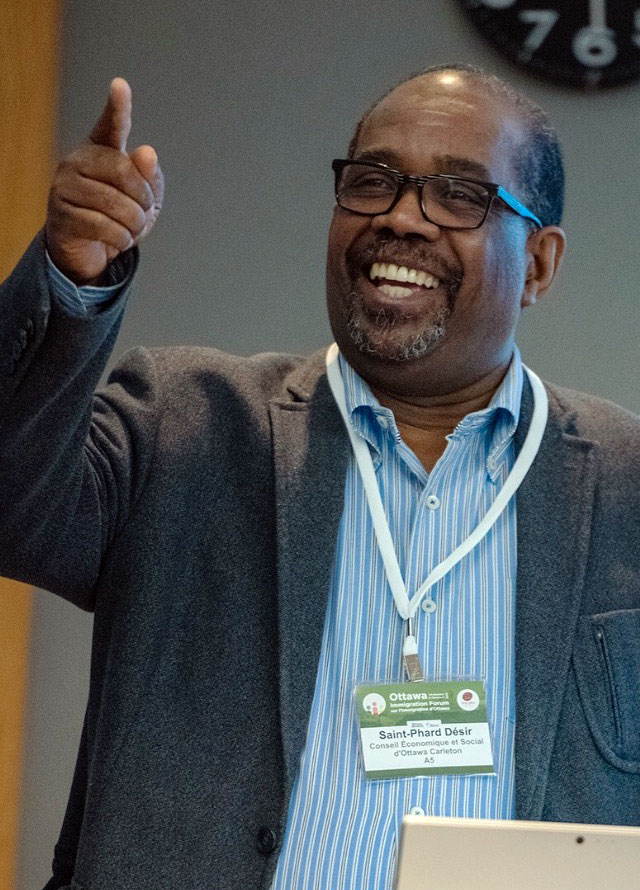 Saint-Phard Désir has been the Executive Director of the Conseil Économique et Social
d’Ottawa-Carleton (CÉSOC) (Economic and Social Council of Ottawa-Carleton) since 2012.
Before taking up this position, Mr. Désir was the Coordinator of the Réseau de soutien à
l’immigration francophone (RIF).

A native of Haïti, Mr. Désir settled in Canada in 1990. After obtaining his MBA from the
University of Ottawa, he worked abroad, including with NGOs in the United Kingdom
(MERLIN) and the United States (Lutheran World Relief).

Saint-Phard Désir is a member of the Hôpital Montfort Association and the Executive Committee of the Ottawa Black Mental Health Coalition (OBMHC). He previously served on the Board of Directors of the Ontario Council of Agencies Serving Immigrants (OCASI).